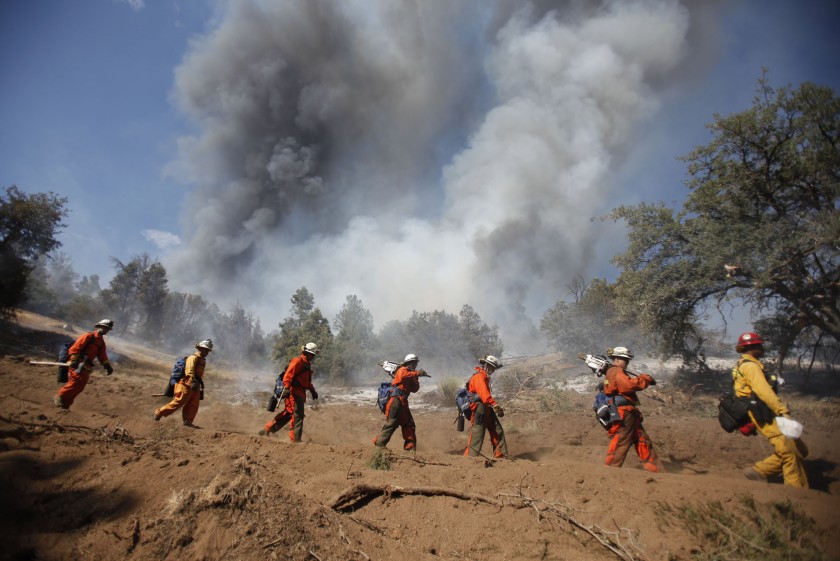 The LA Times Editorial Board expresses their support for R&R co-sponsored AB 1211 to reform outdated EMT laws that ban most people with records from becoming county firefighters, even when they worked as firefighters while in prison, to create a fairer pathway to firefighting jobs.

“As California continues to burn, the state’s firefighters have spent day after day in the searing heat and ferocious wind, hiking toward the flames, cutting fire lines and protecting homes. It’s grueling, heroic work that saves lives and prevents more devastation.…

Among the thousands of federal, state and local firefighters on the fire lines, there are also more than 2,500 incarcerated people who volunteer and train to serve on fire crews. But while these men and women may work alongside professional firefighters now, once they get out of prison, their criminal record will make it virtually impossible for them to get hired as city or county firefighters.…

For several years, state lawmakers have considered various bills to change the law so that incarcerated firefighters aren’t disqualified by their criminal records. The most recent version, AB 1211 by Assemblywoman Eloise Reyes (D-San Bernardino), was shelved early in the session after pushback from firefighters associations. The bill will be taken up again next year.

Opponents argue that firefighters enter homes and deal with Californians at their most vulnerable moments, so it’s too risky to hire anyone with a criminal record. The blanket ban on EMT certifications assumes that no person with a felony conviction can be rehabilitated, which is just not true. But AB 1211 wouldn’t bar agencies from considering an applicant’s criminal record. It would end the practice that prevents many formerly incarcerated firefighters from even getting a chance to show that they are trustworthy.”

By THE TIMES EDITORIAL BOARD