Incarcerated people are fighting California’s fires, but are often denied firefighting jobs after their release 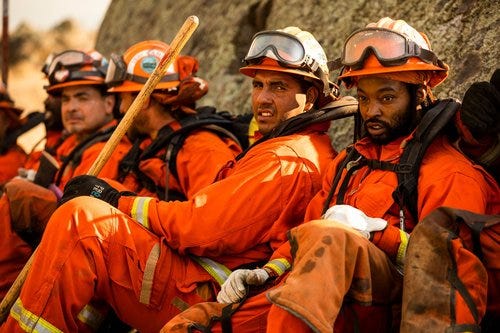 As multiple fires rage across California, the role incarcerated firefighters play is coming under renewed scrutiny. Despite their extensive training and heroic efforts in times of crisis, these people are often denied roles in fire departments after they’re released because of their felony records.

But some say the law doesn’t do enough to fix the problem. “This is a bill that puts lipstick on a pig and doesn’t tackle the real problem,” says Katherine Katcher, the founder of Root & Rebound, an advocacy group for formerly incarcerated people.