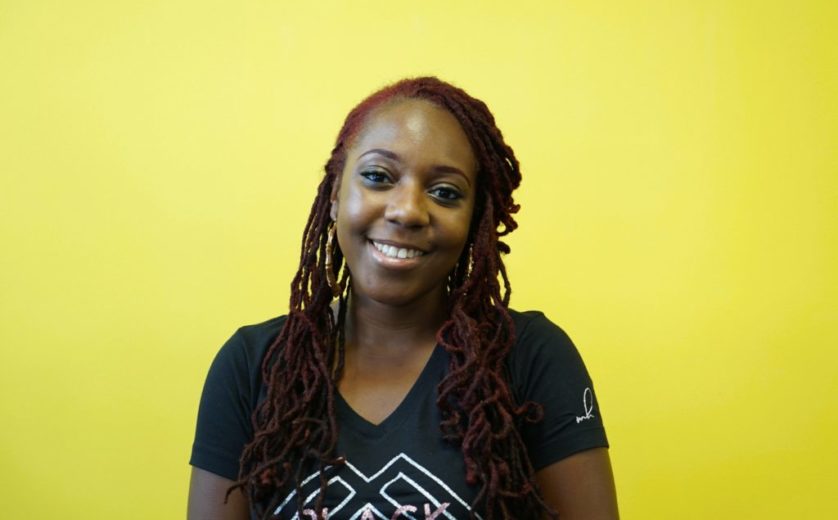 Last year, California spent over $15 billion on prisons. By contrast, the resources for individuals exiting this system remain piecemeal and woefully inadequate — especially when it comes to those incarcerated for past drug crimes.

That’s where Oakland’s Root & Rebound hopes to fill the gap.

Since 2013, Root & Rebound has operated with a mission to restore power and resources to the families and communities who’ve been most harmed by mass incarceration. And, for the past two years, Equal Justice Works Fellow Eliana Green has worked with Root & Rebound as her host on a project specifically redressing the harms of the war on drugs.

As Green explains, the organization has a three-pronged approach to helping formerly incarcerated individuals with drug-related convictions.

“Essentially,” she says, “we help folks navigate the collateral consequences that are associated with their criminal record while also working to change the actual systems that are creating these barriers.”

The organization takes a three-pronged approach: Providing direct legal aid to those in need, working to change public policy by championing progressive legislation and challenging discriminatory laws, and through public education.

In offering an example of the kinds of obstacles her clients face, Green detailed her efforts to help a licensed therapist return to practice following a marijuana conviction.

“I had a client with an old marijuana conviction and it was impeding her ability to practice as a therapist,” Green explained. “The board was denying her license due to that conviction, so we actually represented her in court.”

As Green sees it, these administrative court hearings, while not criminal courts, still resemble a criminal trial — or retrial, as it were, for something her clients have already been convicted of and punished for.

In 2018, the organization was intricately involved in the passage of AB 2138, which expands opportunities for individuals with pre-existing criminal convictions to get occupational licenses. In fact, Green was able to use that very law — which was only a month old at the time — in arguing the case of the occupational therapist.

“We were able to represent her in August,” Green says, “right after the law passed. We were one of the first people to be able to litigate this law that we had been working on getting passed, which was really cool.”

“We’re the only folks who operate a statewide hotline,” Green says. “We also accept free collect calls from prison facilities. Any person with a question related to reentry can call the hotline and be connected to one of our attorneys.”

In addition, every six weeks, the organization offers clinics which provide a more in-depth, one-on-one experience. Root & Rebound also runs a mobile response clinic, which goes out to areas of the state with limited access to legal services.

On the public education front, Green has also teamed with Al Harrington’s cannabis brand Viola on a new PDF toolkit. “A New Leaf: A ‘How-To Guide’ for Successful Reentry After A Cannabis Conviction” summarizes the drug laws that have changed in California in the last 10 years and presents all of the information in an accessible manner.

Designed for Californians with marijuana-related convictions as well as other drug convictions in all stages of reentry, “A New Leaf” is, as Green sees it, a vital missing piece in the puzzle between getting policy changed and advocating for her clients.

“We do a lot of great policy work to change the laws,” she says, “but changing the law is not super productive when people don’t follow the law and when clients are not aware of their rights to actually enforce the law. That’s why a lot of this is about trying to build on all of the great policy work that we’ve been doing by contextualizing it in a way that is accessible.”

Context is a huge part of what Green sees as the larger work — especially when it comes to contextualizing the relationship between drug laws, mass incarceration, and race.

“We really need to realize that the war on drugs is much more expansive than just marijuana and largely based in the crack epidemic,” she notes. “I feel like there’s just such an overwhelming unwillingness to recognize that it’s based in the crack epidemic and how that went and our response to that. I think that’s part of the job of cannabis companies as well: to realize that the issue is more expansive than just marijuana.”

However, Green adds, it is also cannabis that is poised to offer the best opportunity for the redress that Root & Rebound seeks to provide its clientele.

“This is going to be the largest economic boom this country has had, probably since alcohol legalization, so we want to make sure that the people who have been most harmed are centered. Not only centered, they need to be in leadership. You can’t fix an issue that you know nothing about and that you’re removed from, so you need to put those who are closest to the issue in positions of power to fix it.”