Part 3: Removing the Stigma of a Criminal Record — One Law at a Time 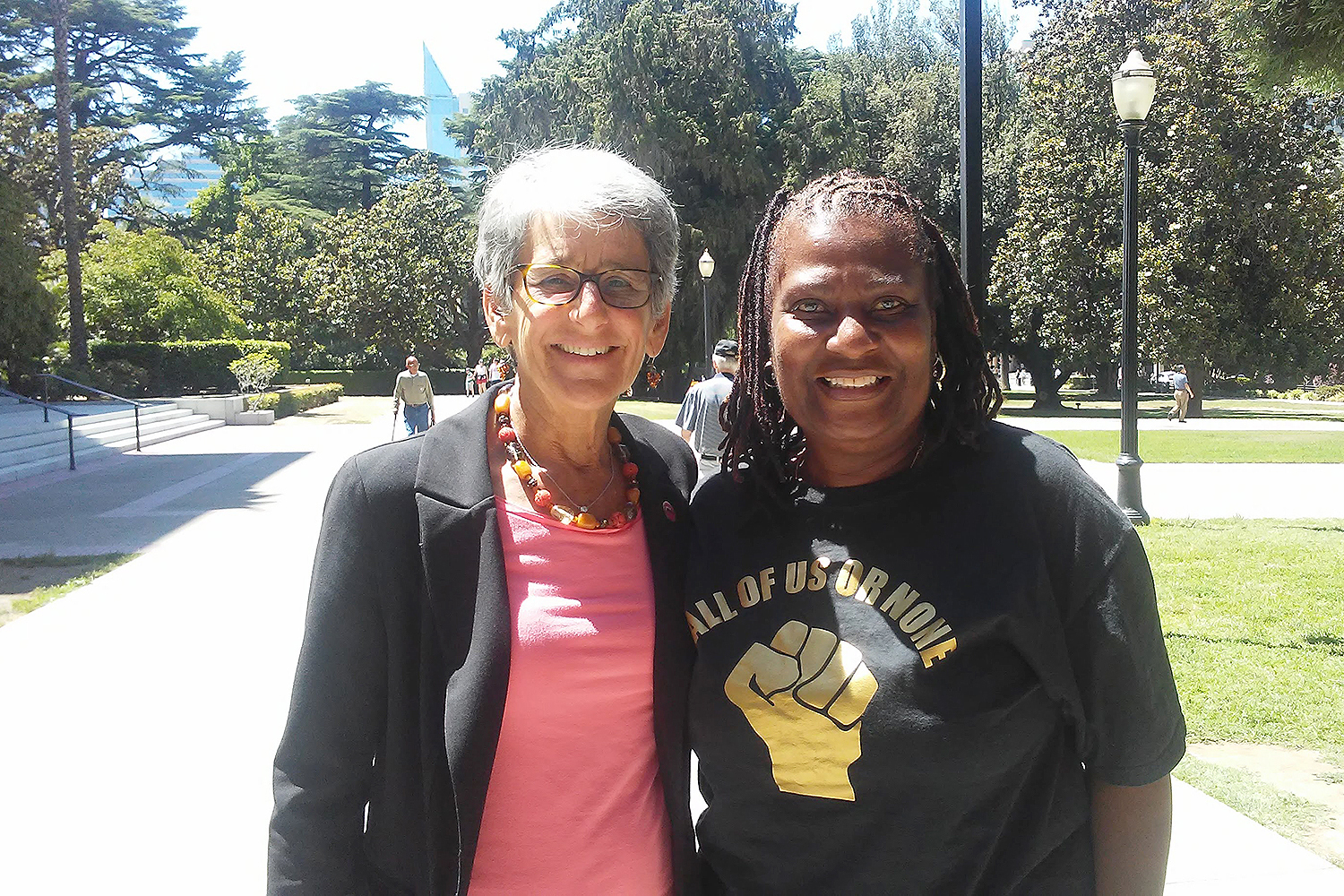 Ban the Box legislation — also called Fair Chance — calls for businesses to remove the question from initial applications and only consider an applicant’s criminal history later in the hiring process.

In 2017, Sandra Johnson — who remembers the defeat she felt each time she had to check the box on job applications following her time in prison — took her story to Sacramento, testifying in favor of California’s Fair Chance Act, which extended the Ban the Box policy to private companies.

“Getting out was horrible for me, horrible,” Johnson said. “Getting into the workforce was the hardest, and I would be so scared because I would fill out so many applications and I wouldn’t get a call back.”

Though the California bill passed, company compliance has been another story. Johnson’s employer, Root & Rebound, which is working to reduce the barriers to employment that those with records face through advocacy and litigation, has identified a few large companies that continue to ask applicants about their conviction histories on initial applications.

It is planning to bring litigation to enforce the law.

Katherine Katcher, the founder and executive director of Root & Rebound, has seen all too often that whenever positive change is made to legislation, there are always stipulations.

Her group saw that happen last summer when California’s legislature — responding to lawsuits and media attention during a devastating fire season — cleared a path for people who fought fires while incarcerated to be eligible for record expungement, which would allow them to become full-time firefighters after their release. The state opened the door but not all the way, and many people with records were excluded.

The same thing happened when California passed a fair licensing bill making it easier for people with criminal records to obtain professional licenses. Restrictions still exist for those seeking a license in community care and a number of other fields — and the blanket bans don’t allow for individualized assessments.

“There’s always this sense of, ‘Well, it can’t apply to this field or that field. We’ll do it for tree trimmers but we’re not going to open the pathways to careers like social work and law and psychology,’” Katcher said. “Even in a quote-unquote progressive state like California, there’s only so far our government and legislators are willing to go to recognize the humanity of people with records and give them a chance.”